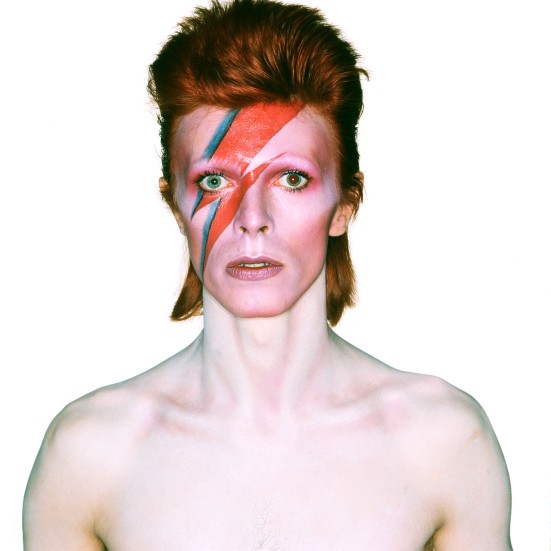 To represent David Bowie, his many alter-egos and his phenomenal music career in a museum setting you’re setting yourself up for a hard task, especially when adoring fans and music lovers are bound to have high expectations. However, the V & A have done a fantastic job in curating an exhibition that is just as flamboyant as Bowie’s alter-ego Ziggy Stardust.

Upon entering the first room of the exhibition, the automatic headset kicks in with the sounds and music – distinctly recognisable of Bowie. The headset takes you on a journey – almost magical, with the technology being able to pin point exactly where you are, triggering the headset to play the interactive displays, as if Bowie is in your head.

The injection of technology didn’t stop with the headsets, projections & digital installations of music videos and documental film gave depth to the exhibition providing an extra dimension to watch, learn and enjoy his performances either as ‘himself’ or one of his several personas.

Positioned throughout the exhibition, several poised, ghostly mannequins dressed in loud authentic costumes, represent the theme of each tour and stage through Bowie’s musical career. It’s interesting to see the change of design depending on bowie’s influence, thoughts and social networking. Every tour had a new character and a new set of costumes, transforming Bowie into something fresh and original every time he performed live.

Bowie was influenced by many designers, including Kansai Yamamoto who designed the striped body suit for the Aladdin Sane tour. This magnificent costume needs to be admired up-close, with the white hypnotic lines creating an almost kaleidoscopic effect.

The exhibition was not only filled with his music, songwriting, costumes and film but with art, showing how he was a master of everything in the creative industry.

The V & A have managed to follow in the pursuit of Bowie’s creativity with the layout, design,technology and even with the accompanying text panels that were interesting, factual and informative, which I can imagine could teach some of the most hardcore fans a thing or two about the innovator himself.

So who is David Bowie? Well I’m still slightly confused on who he really is, but I can tell you that he is a musical genius, an artist, a visionary, a legend and a one man revolution, which the David Bowie Is exhibition definitely portrays.

Things you may want to know…